Due to the effects of the ongoingcoronavirus outbreak, delivery times will take 7-10 days

This is a great time to be a storage and network enthusiast. We’re continuously seeing improved performance and capacity from our storage drives and we’ve also entered the time where 10GbE networking has become affordable. Among these new devices is the TerraMaster F5-422 which is a 5-bayNAS with built-in 10GbE network. 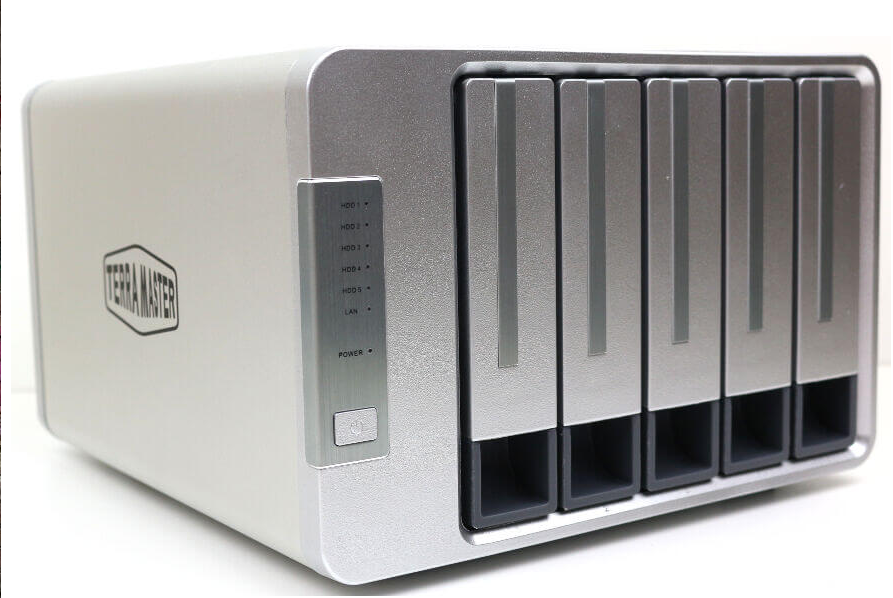 Whether you want to create backups in no time, work on the same files, web sites, or databases with a large number of people at the same time, or you’re a creative professional working on large projects, the TerraMaster F5-422 will be a great choice. The NAS comes with an Intel Celeron J3455 quad-core processor and 4GB memory out of the box. The CPU supports both hardware encryption and transcoding engine which help improve the performance and thereby your workflow. Thanks to the 10GbE connection, you’re also able to access your files in no time.


The 5-bay design is somewhat unusual when you compare it to other brand’s devices, but it’s actually quite the clever setup. Now, naturally there are a lot of different ways to set up your drives, but here is what I like about it. The 5-bay design allows you to have an installed hot-spare drive if the worst-case scenario should happen. With a 4-bay you’re short a bay for some type of RAID setups while a 6-bay has a bay too much which you still pay for. With a 5-bay, you get only what you need for the best possible data security. As someone who works with storage daily, I’ve learned to hope for the best, but plan for the worst.

The connection options are relatively simple on the F5-422. That said, you get everything you need and a little bit more. To begin with, there are two USB 3.0 ports for external storage devices and two Gigabit Ethernet ports for basic networking. Naturally, you can bind and bond the two network ports should you wish to do so. But it doesn’t stop there, as I gave away earlier in the article. There’s also the 10 Gigabit Ethernet port for the best networking connection possible for SMB setups. I don’t expect 40Gbps or 100Gbps setups in those kinds of places.

There is one more connection option on the F5-422 which is the HDMI port. At this point, it’s sadly only for console output. However, I’m still one of them hoping for an update which will allow users to have direct media and usage output via the HDMI port. It is possible, but whether it’ll ever arrive is as much your guess as mine.

TerraMaster NAS’ have a lot of great features and functions, starting with the Btrfs file system. Not only is the file system built to promote high data integrity, it also offers 512 snapshots for every shared folder and up to 8192 in total. Since data recovery takes place at the file or folder level, businesses can also benefit from enhanced flexibility and efficiency if the worst case should happen.

The whole operating system as such is great. TerraMaster continues to evolve it and they’ve just released the newest version, version 4.1, with a lot of improvements. A continued commitment to their products is a plus on any day as what you pay for once continues to get better. The base system covers the basic needs while more functionality can be added through apps.

Some of the features include easy remote access through their own and free DDNS service. With it, you can easily turn your NAS into your own personal cloud system. That’s also further aided by the available mobile apps for Android and iOS. The system has support for up to concurrent 500 users accessing the system which is nice too. So whether you want to just run a file server or go further and use it as a web server, mail server, FTP server, database server, or other stuff – it can handle it.

TerraMaster packs their devices in a beautiful but simple blue box. The only identifying feature on most sides is the large TerraMaster logo in white. 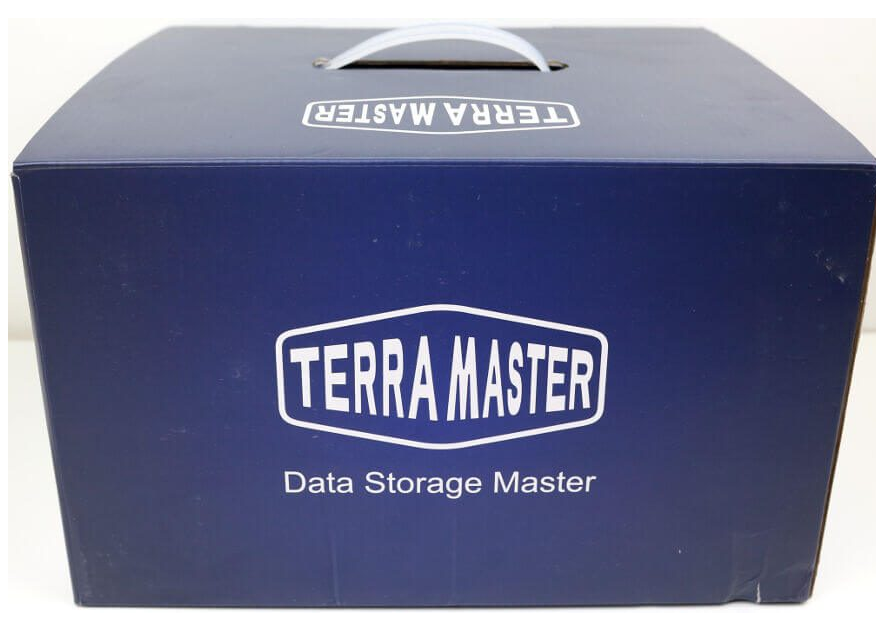 On one of the sides, there’s also a sticker which has the details on the included device inside. This is an early sample so it doesn’t have the full label with the 10GbE note on it – but the one you’ll be getting in retail will have so. The note has the serial number and all the vital information such as the model number and connection features.
The NAS is packed well inside, making sure it arrives in perfect condition at your place. All the accessories are packed by themselves in a box next to the NAS.

Learn more details about this review, please click at https://www.eteknix.com/terramaster-f5-422-5-bay-10gbit-nas-review/2/